Over the past decade, there has been a huge increase in the use of social media platforms by businesses. Social media can be a very effective way in which employees can disseminate information quickly and cost-effectively and it can also be used to build a network of contacts. Many businesses actively encourage their employees to develop an online presence, particularly on platforms such as LinkedIn.

While social media platforms can reap rewards, their use by employees also carries risk for employers, particularly in the event there is the departure of a key employee or team. Social media allows employees to easily store contacts, post updates and privately message existing and potential business connections. This creates a risk for the business because such platforms may easily facilitate the solicitation of clients or contacts by a departing employee following the termination of their employment.

The starting point for an employer when considering how to protect itself is to have a well drafted contract of employment, which sensibly defines confidential information and contains restrictive covenants tailored to the individual. Usually, restrictions on post-termination activity may include all, or a combination of, the following covenants:

An astute employer may also want to ensure the contract of employment of key individuals contains express provisions preventing the individual making announcements on social media about the business or key individuals without prior approval or prohibit the posting of sensitive business information. A social media policy is also important and should be brought to the attention of employees.

Solicitation of clients or customers

Many organisations are becoming increasingly concerned about the risk of losing clients or customers through solicitation by former employees using social media platforms. The key feature of solicitation is that there must have been some element of persuasion by the employee. In practice, it can be difficult to tell whether a former employee has attempted to solicit clients and there are often practical difficulties in proving solicitation.

Each case will turn on its own facts. For example, a status update posted by an employee which merely informs connections about a new place of work may be distinguished from a message which states: “I can be contacted as above” and provides contact details. There is often a fine line between a communication which is and is not solicitation.

Where there is evidence that an employee has acted in breach of their restrictive covenants or there is the threat of a breach, an employer will want to take steps to protect the business.

It may be appropriate in the first instance for an employer to write to the former employee to see if contractual undertakings can be secured. In some cases, an employer may wish to apply to the court for an injunction to enforce the covenants against the employee.

Court orders requiring delivery of confidential information or to provide access to an expert to search social media accounts and delete any offending information may also be sought. Third parties often hold the most valuable documents and an order for disclosure can also be obtained against a party which is not directly involved in the proceedings.

Claims may also be considered against third parties who have received confidential information passed on by the former employee and who have become bound by an equitable duty of confidence.

Iceland (the country not the frozen food retailer!) has given workers the right to shorten their hours after a large-scale study in the public sector proved successful. 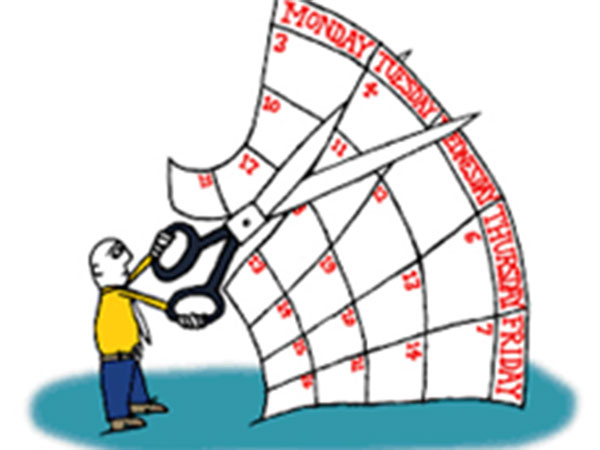 UK-based think tank Autonomy and Iceland’s Association for Sustainability and Democracy (Alda) conducted two trials from 2015 to 2019 of 2,500 workers in Iceland – more than 1 per cent of the country’s working population.

Researchers reduced the working week to 35-36 hours without lowering their pay and analysis of the results showed that working a shorter week led to positive benefits for both the employee and the business.

The study found that productivity and service provision remained the same or improved across the majority of the trial workplaces.

The trial also remained revenue neutral for both Reykjavik City Council – one of the public sector workplaces that took part in the project – and the government.

Following the success of the trials, trade unions in Iceland successfully lobbied to permanently reduce working hours for tens of thousands of members. In total, around 86 per cent of Iceland’s working population has moved to working shorter hours or has gained the right to shorten their working hours.

Jack Kellam, researcher at Autonomy, said: “The trials in Iceland are just the latest addition to a growing set of evidence demonstrating the widespread benefits of a shorter working week.

“In the UK, workers have some of the longest hours in Europe, which has led to high rates of burnout, reduced productivity, and workplace cultures of ‘presenteeism’. With remote work during Covid stretching the day for many, UK workers urgently need a reset of their working hours.”

Kellam added that a move to a four-day week with no loss in pay could “drastically increase workers’ wellbeing and work-life balance”.  Food for thought indeed.